"Social Change UK" is a "social research and campaigns society" which boasts a client list of, er, 95% taxpayers' money (NHS and various government departments) with the odd pharmaceutical company thrown in for good measure. Its campaigns are the kinds of hateful, joyless nagging that the state should really not be spending our money on, "We're working with the government to tackle climate change", anti-smoking and anti-obesity campaigns. The usual. They were behind the "Healthier Takeaways" campaign in 2013 which involved lobbying Indian restaurants and takeaways and telling them to remove all salt from mains, all sugar from desserts all fats from cooking and replace cream in savoury dishes and desserts with skimmed milk. Yes, really.


This project is innovative because we changed the behaviour of those who supply the food rather than directly targeting consumers to ask them to cut down or cut out. Our research told us that most people already know that takeaway food can be unhealthy and we decided to look at ways we can make it easier for people to eat more healthily but still enjoy takeaway food. We felt that if we can work with the industry to help them to produce healthier products for consumers we are one step closer to tackling the impact of a diet high in salt and saturated fat.

As one can see, we have gone way past the point of public health bods warning that people aren't "informed" enough to make decisions. These "Social Change UK" people are perfectly aware that people know that takeaways aren't necessarily healthy but the blasted pesky public still wanted to sin against the gods of Health, so instead go for what they call "health by stealth" - lobbying for establishments to make their food bland and tasteless in hope that the plebs won't notice. Also, for what it's worth, recommendations to lower salt have been totally discredited (with current daily recommendations so low they're actually putting people at risk of early death, and the average daily amount currently consumed by people still too low) and the purported "risks" of saturated fat have now been disproven. In fact the continuing of the public health march against salt in the face of all evidence is yet another of the things that convinces me these organisations exist to try and stamp out all pleasure and everything that brings enjoyment in the world rather than being driven by anything to do with "health", but I digress. Also, this project attracted all of 17 Facebook 'likes'.

Our friends at Social Change UK attracted the ire of vapers a few months ago for an awful article about electronic cigarettes which contained the usual unsubstantiated, scaremongering drivel.


The allure of the different flavours from redbull, strawberry milkshake and gummy bear flavour E-cigarettes are creating a generation of vapour hungry school kids. And without trying to sound too Mary Whitehouse, I would like to NOT see young people manipulated and sucked into a chemical cloud created in large by the very people who created a large smoke cloud for so many generations.

There have been claims that the large variety of flavours now available (There are over 300) such as bubblegum, strawberry milkshake, toffee and gummy bear target children instead of adults. How many adults do you know that would pick a gummy bear flavoured E-cigarette?

Most of the blog entries read a bit like something that's been put through Google's translation tool, as shown below, and I'd be surprised if these women have scraped a 'C' grade English GCSE between them. What's depressing is that taxpayers' money is doled out to any old cabal of cretins as long as they're "on-message," the message inevitably being interfering, nannying, big state claptrap.


Since the appeal of web surfing, television shows, video games, mobile phones, and tablets usage are on the rise, the general UK is living more of a sedentary lifestyle than in years past.

Anyway, back to the point. The delightful Social Change UK have come up with a new campaign, one so hideously warped and imperious that one ponders the fact if it were a group of people other than vapers and smokers being singled out that it wouldn't somehow fall foul of our ridiculous "hate speech" laws, never mind the fact it is funded by the state. It is essentially a hate campaign which tells girls they are worthless and will never amount to anything if they smoke or use an electronic cigarette. If these posters said the same of girls who have, for example, underage sex no doubt the left would be up in arms decrying the campaign as "slut shaming". It's double standards, not doubles, all round for these awful people. Without further ado, I present the "Social Change UK" hatefest, in which they revel in the fact they've engineered society to despise smokers. 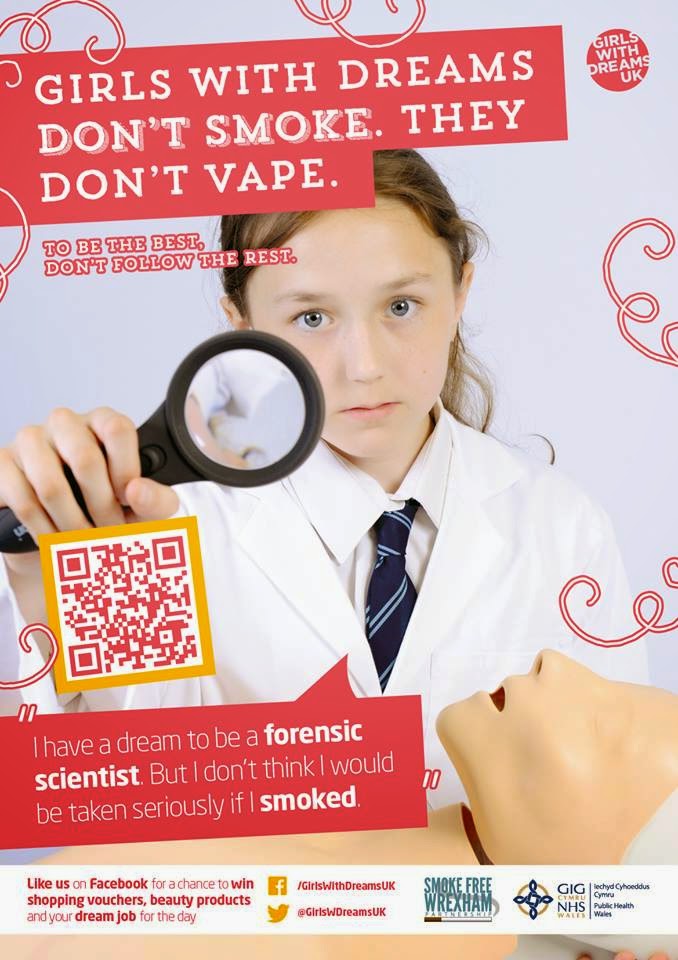 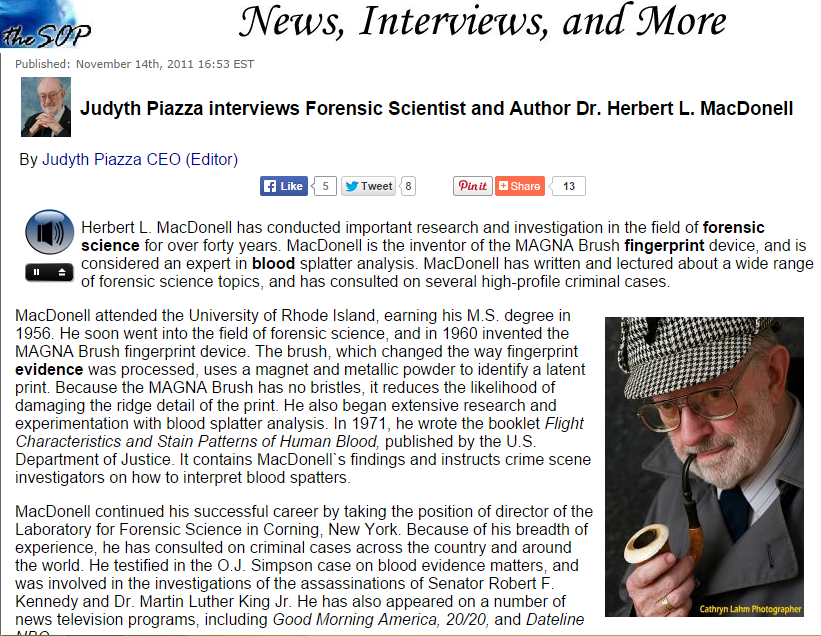 This gent seems to be doing quite well, and I didn't even have to type in "forensic scientist smoking" or anything of the sort. I merely typed (without quotation marks) "forensic scientist 1960" into Google image search, attempting to hark back to a time when people were rather wary of singling out a group of people for hatred, having learnt from history that to do so ends in disaster. Speaking of which... 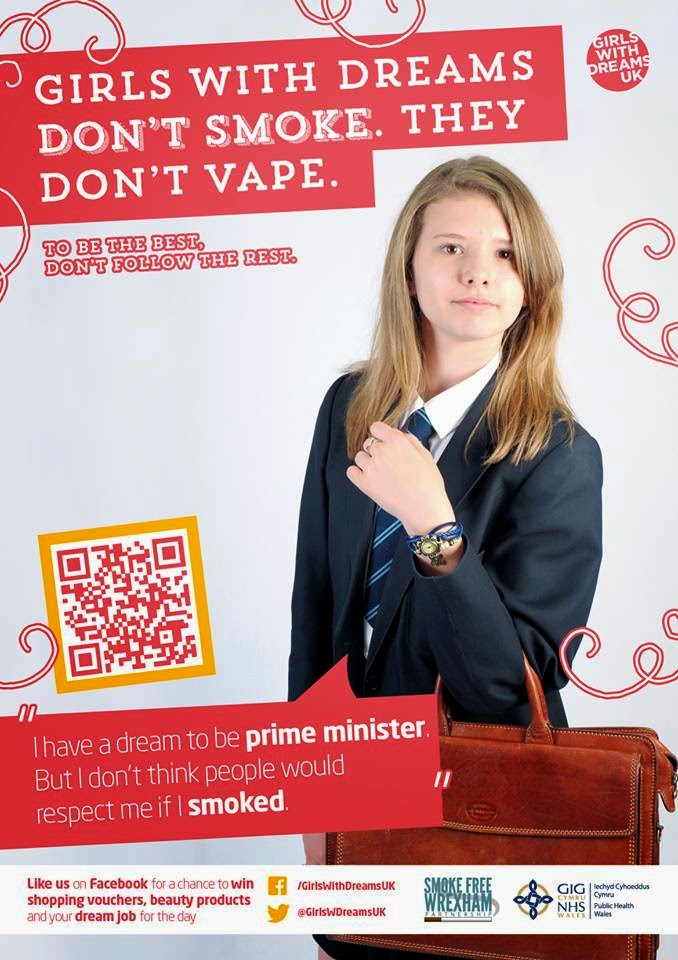 Again the question isn't asked of why she wouldn't be respected, as we know the answer is that public health apparatchiks have created this sorry state of affairs where we tut at pictures of David Cameron on the beach because he hasn't got a six pack. Reminds me that it's depressing, to say the least, that nowadays drinking, smoking, plump Churchill would be unelectable whereas anti-smoking, teetotal, vegetarian and slim Hitler would be considered a "role-model". Society went badly wrong where one's private behaviours and their health status became more important than the ideas they espouse. 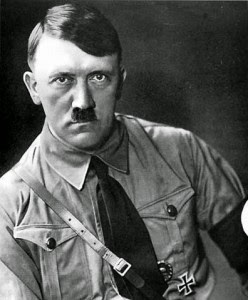 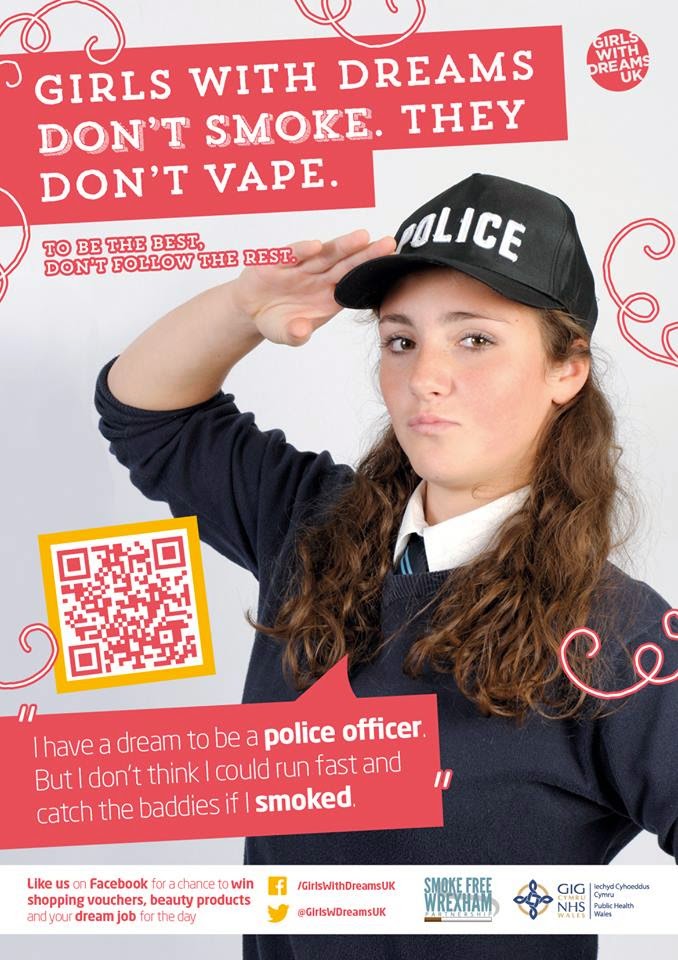 Quite what this has to do with vaping I really don't know, as literally no literature ever suggests vaping has any effect whatsoever on one's ambulatory speed or level of fitness. And nowadays, police work is more likely to involve arresting autistic kids for insulting feminists on Twitter, or raiding the homes of septuagenarian pop singers for 'historic' alleged crimes than running round "catching bad guys" anyway. 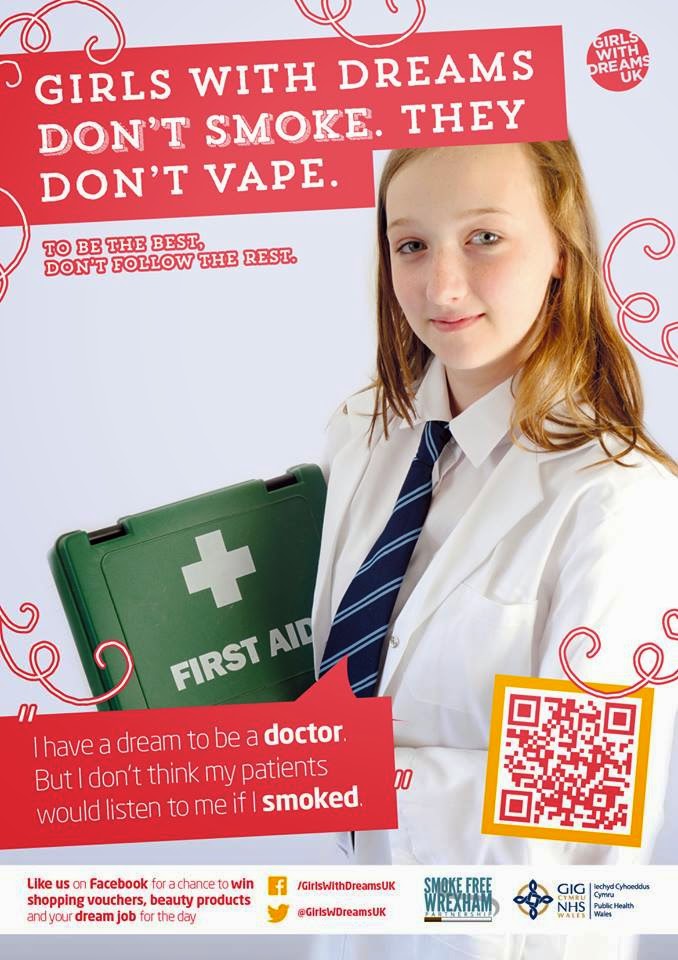 Again, how times have changed. Why would they not respect a doctor who smoked? Would they not respect a doctor who didn't participate in marathons? A doctor who drank a bottle of wine over the weekend? A doctor who enjoyed a bacon sandwich every now and then? Probably not, the way things are going with health fascism. And with a doctor who vaped... how would anyone even know whether they did or not?
The thing is, I find these posters, when it comes down to it, really offensive. Offensive because they dictate to girls of an impressionable age, many of whom probably have mothers and grandmothers who smoke, that because of a behaviour people choose to engage in that isn't harming anyone else, that they are and deserve to be failures. Offensive because it's divisive and seeks to pit people against each other. Offensive because it's pointing out and entrenching problems that its very own side, public health, created. Offensive because with regards to vaping, there's no evidence behind it whatsoever and it's pedaling fear and lies for ideology's sake. But unlike most people who label things "offensive" and shout about it, I'm not seeking for it to be censored and for the police to bolster my sense of having a right to be offended by punishing those who have offended me. I'm simply asking that lies and hatred are not paid for with taxpayers' money.